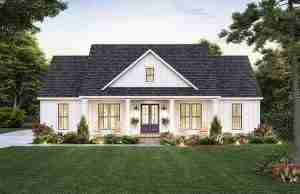 The change in calendar from 2022 to 2023 brings with it an opportunity to wipe the slate clean and move forward with fresh momentum. If your goals for the year include buying or selling a home, it pays to peer ahead cautiously, as housing market conditions can change rapidly from month to month.

We consulted with several industry pros to predict what might be coming for the real estate market in the first quarter of 2023. Here’s a big-picture snapshot of what the experts expect across the first three months of this year.

Traditionally, the first quarter of the year is a time of increasing excitement and activity among potential home buyers and sellers. “Nearly 1 million homes are sold during the first three months of the year, representing 19 percent of the whole home sales activity throughout the year,” says Nadia Evangelou, senior economist and director of forecasting for the National Association of Realtors (NAR).

Problem is, today’s lingering high interest rates mean mortgages remain out of reach for many borrowers. That may prevent the market from thawing as experts hope.

“In the first quarter of the year, the market is often slow while interest rates tend to drop — but this is an unusual market we are in,” says Dennis Shirshikov, head of content at real estate investment website Awning.

Evangelou concurs: “Activity will likely be slower than the historical average in the first quarter of 2023 due to higher mortgage rates and limited housing inventory.”

Real estate attorney Heather James, a partner with Cook & James in Alpharetta, Georgia, believes buyers will have more leverage in the first few months of 2023. “However, sellers are sitting on a lot of equity built up in their homes, and they may not be as motivated to sell at current prices and rates,” she adds.

Ralph DiBugnara, president of real estate website Home Qualified and vice president of mortgage-loan company Cardinal Financial, notes that the first few weeks of the year are when new economic policies are typically released to the public. Case in point: The Federal Reserve meets on Jan. 31 and Feb. 1, when another interest rate hike will likely be announced.

“Also, this has historically been the season of high debt and greater need for debt consolidation,” DiBugnara says. “So, depending on where interest rates end up, we could see a refinance flurry in the first quarter.”

It looks as if mortgage rates will continue to remain on the high side across the first few months of 2023. The Mortgage Bankers Association expects 30-year fixed mortgages to average 6.2 percent in the first quarter of the year, while Fannie Mae predicts an average of 6.5 percent and Freddie Mac foresees 6.6 percent. Compare those numbers to the average rate of 3.11 percent about a year ago.

Greg McBride, Bankrate’s chief financial analyst, expects 30-year rates to stay between 6.1 and 6.6 percent in the first quarter, with a range of 5.3 to 5.8 percent for 15-year fixed rates “as the Fed keeps raising rates and concerns about a slowdown increase,” he says.

“The 30-year fixed mortgage rate will likely average 6.1 percent in the first quarter of 2023,” says Evangelou.

Where home prices and inventory are heading

As rates rise, home buying demand tends to wane, resulting in a drop in home prices. If expert predictions hold true, sellers may be forced to lower prices sooner rather than later. But don’t hold your breath for a steep decline: Evangelou cautions that home prices in Q1 will continue to be higher than the previous year by two percentage points.

Real estate attorney Pierre E. Debbas, managing partner with Romer Debbas in New York City, agrees. “Pricing will not substantially decline in the first quarter,” he says. “Over the last three years, housing prices have appreciated at an unsustainable rate. Although aggressive interest rate hikes have tempered further price appreciation, due to the nationwide lack of inventory, we will only see single-digit declines in pricing.”

This is a big reason why first-time buyers will likely continue to remain on the sidelines between January and March. “Mortgage payments are 50 percent higher than a year ago, and inflation has added $500 to $1,000 of additional expense per month to consumers,” Debbas says. “Any decrease in pricing is simply not enough to compensate for the increase in interest rates.”

The supply-and-demand of housing inventory will continue to be a problem in Q1 as well. The most recent NAR numbers show a 3.3-month supply of homes for sale, which is better than it was a year ago but still below the five to six months usually required for a balanced market. “With fewer new homes to start construction and fewer existing homes to be listed in 2023, housing inventory will remain limited this year,” Evangelou says.

“Demand has fallen off the table, but supply is still very limited, especially in the under-$400,000 price range,” says McBride. “Homebuilding takes time, and builders will be even slower to bring homes to market in a weak-demand environment. And with mortgage rates north of 6 percent, there isn’t much desire for move-up buyers to list their current homes, as many are staying put.”

Strategies for homebuyers and sellers

Despite economic uncertainty, most consumers still believe that it’s a good time to sell, according to Fannie Mae’s most recent Home Purchase Sentiment Index. But if you’re considering listing your home, prepare to price it right to garner buyer interest and avoid languishing on the market.

“Average days on the market will probably increase by as much as 50 percent in Q1, due to the time of year and low relative demand,” warns Shirshikov.

Suzanne Hollander, a real estate professor at Florida International University, advises sellers to be realistic: “Get real about pricing and ask yourself, if you sell your home and need a loan to finance the purchase of a next home, will you be able to afford the new interest rate? It may make more sense for you to stay put until rates go down, but you must weigh this decision against prices possibly reducing.”

On the buying side, home hunters should consider the pros and cons of holding off versus acting now to avoid paying even more later.

“If you find a house you like and can afford, my advice is to purchase it despite high interest rates,” says James. “Remember that rates are always changing, but the purchase price is fixed.”

If you’re a well-qualified buyer, you should be just fine in the current market, Debbas adds. “Banks are still lending, and appraisals have not been an issue,” he says. “Smart buyers are using the current environment to negotiate a better deal now, betting on the fact that they can refinance when interest rates decline in the next few years.”

🍪 This website uses cookies to improve your web experience.
Latest news
Homebuying Tips for Every Stage of Life ‘We Bought a Home With a Loan From the Seller’: Owner Financing Can Help Buyers Score a Low-Interest... 2023 first-quarter housing trends: A slower-than-usual market Will mortgage rates go up in January 2023? Refinancing your ARM into a fixed-rate mortgage Housing market predictions for 2023 How to get a home equity loan with bad credit Why you should never sell your home without hiring an agent ? All the ways real estate photography can trick you Getting A Personal Loan for Home Mortgage Closing Costs
Loading...