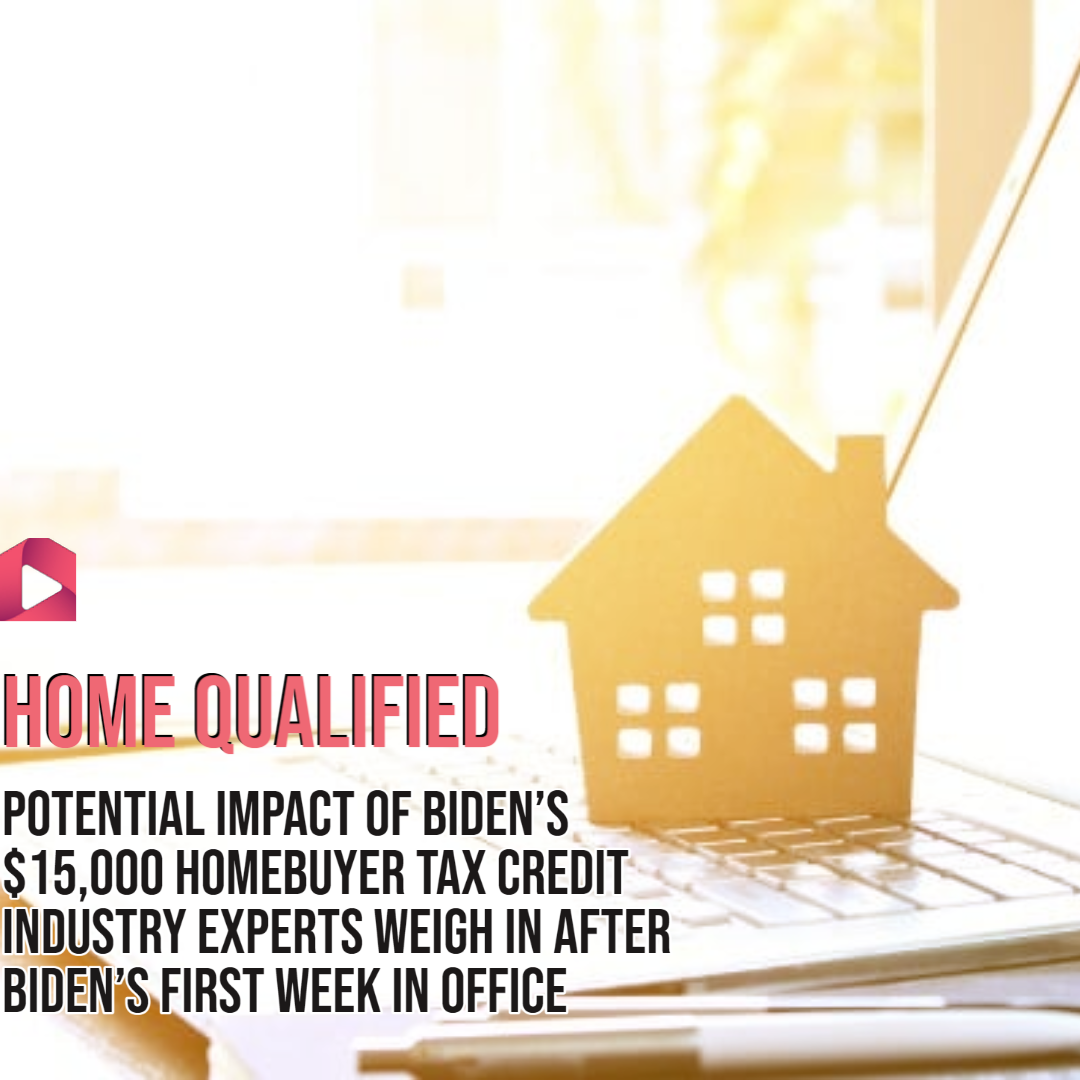 The housing industry is keeping a close eye on the Biden administration’s proposal of a $15,000 first-time homebuyer tax credit. If passed, the funds could be accessed immediately by the buyer at the closing table. Biden’s tax credit is more of a possibility now that both Senate races in Georgia went to Democrats.

Ralph DiBugnara, president of Home Qualified and senior vice president at Cardinal Financial, sees an obvious positive impact of the tax credit but is still wary of parts of the bill, which includes an increased rate on long term capital gains.

“The real estate market is so hot that hurting investors now may not have a big effect, but long term it could cause major issues,” DiBugnara said. “Real estate Investors tend to buy more real estate in even in bad markets as a long-term strategy. If it becomes more expensive for them to do so, because of taxes, I believe some will shift strategies long term so when market cools there will be a lot less of them to support home buying.”

Lawrence Yun, chief economist at the National Association of Realtors, thinks Biden’s homebuyer tax credit will need to get support from 60 senators — a filibuster-proof majority in the Senate — if Democrats choose not to use budget reconciliation. And, the possibility certainly exists that Republicans will ask for a smaller credit number.

“Having a few Republican Senators on board will help change the public perception of working across the aisle,” Yun said. “That means getting what the Biden administration wants along with items favorable for Republicans, such as expanding high speed internet access to rural areas and a tax break for small businesses.”

For builders, Yun said preserving the 1031 Exchange to incentivize land sales is important for the future of the housing market. An extra $15,000, he said, won’t help with the already low supply of homes available.

“Only with added supply will the homebuyer tax credit be effective in boosting homeownership and enlarging the middle class,” Yun said. “Without supply, home prices jump much higher with no meaningful gain to new homeownership.”

“The challenge with the credit right now is that demand is already really strong with mortgage rates so low, and most evidence is showing that high earners have increased savings during the pandemic,” Gonzalez said. “The first-time home buyer tax credit seems like a good candidate for bipartisan support, but right now it’s still unclear if we are genuinely going to see bipartisan efforts in Congress.”

But past bipartisan support for similar tax bills seems to point things in a positive direction, DiBugnara said, of passing.

“I do believe, with the Democratic-led Senate, most of what is President Biden’s tax plan will come to fruition,” he said. “The [$15,000] credit seems to be one of the easier proposals of the tax plan to get passed, because it will stimulate the already hot real estate market and align with a low interest rate market. The majority of both parties have been in agreement with that.”