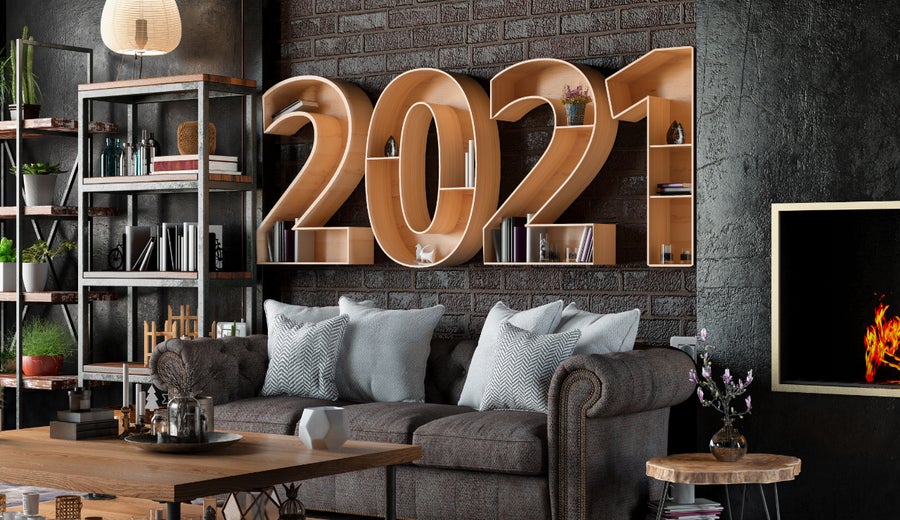 Will mortgage rates go up or down in January 2021?

Out with the old, in with the new is the mindset of many as we turn the page on another calendar year – one that many Americans are eager to leave behind.

But one thing they aren’t in a hurry to say goodbye to are low mortgage interest rates, which many experts predict will linger into January and throughout 2021.

How reliable is this expectation? What emerging factors or wildcards could alter conventional wisdom regarding financing? And to what extent can the newly elected government help or hinder the housing and mortgage markets? We asked several industry insiders for their forecasts.

Where mortgage rates are trending in January

Robert R. Johnson, CFA, professor of finance for Creighton University’s Heider College of Business in Omaha, Nebraska, sees a rate repeat over the next 30 days of what happened over the previous 30 days.

“Given that the Fed is pursuing an expansive monetary policy, I believe the average 30-year fixed mortgage rate will remain virtually the same from where it is now – in the neighborhood of 2.95 percent,” he says. “Absent any unforeseen economic developments, the Fed will continue to pursue an easy money policy to help the economy weather the COVID-19 storm.”

Mirroring those views is Len Keifer, deputy chief economist for Freddie Mac in McLean, Virginia.  “Our baseline forecast has rates right around where they are now throughout January 2021. And we forecast interest rates to remain flat over the next year overall,” says Keifer.

“Rates should stay at an average of about 2.95 percent, which is still near all-time lows. This is because of market and social uncertainty. As a society, we have so many questions due to pandemic fears, stimulus questions and market fluctuation. This would be a very hard time to raise interest rates without causing more issues,” says DiBugnara.

Greg McBride, CFA, chief financial analyst for Bankrate, on the other hand, envisions rates drifting downward in the days and weeks ahead.

“Near-term risks to the economy from the coronavirus and new closures will push rates lower as we head into 2021,” McBride says.

Fearing wild fluctuations in home loan interest rates in the months ahead? Don’t bet the farm on it, the pros agree.

“Considering the current economic environment, I would expect little change in interest rates for the foreseeable future,” predicts Johnson, who believes the transition to a Biden Administration is good news for the economy. “The success of the US economy depends upon the successful distribution and take-up of the coronavirus vaccine. Keeping in mind the projected long lead time before most Americans receive the vaccine, there’s little impetus on the horizon that would create a rising rate environment.”

McBride concurs that forthcoming attempts to mitigate the coronavirus will help tell the future rate tale.

“As vaccines become more widely available and a return to normal starts to come into view, we’ll see mortgage rates bounce off the record lows. But in a low-inflation, slow-growth economic world, rates will still remain very low. Also, if the Fed shifts more of their bond purchases into longer maturities, this will push rates lower,” he explains. “However, if we get a stimulus package of some sort, it may have the opposite effect on rates.”

While Freddie Mac’s forecast calls for rates staying low for an extended period (averaging 3.0 percent in 2021), “we should be mindful that they could easily ratchet higher in a hurry. We only have to look back to 2018 to see a housing market slowed by modestly higher rates,” Keifer adds. “However, recently we’ve seen mortgage interest rates at multiple record lows. So it’s well within the range of possible outcomes that we observe rates remaining low throughout 2021 and possibly falling even lower.”

Fannie Mae, meanwhile, forecasts a 2.7 percent average 30-year fixed rate across the next 12 months, while the Mortgage Bankers Association foretells a slightly higher figure – 3.3 percent, on average – for that benchmark rate in 2021.

Recommendations for the undecided on refinancing

Many Americans view today’s low rates as a clear sign to capitalize on an opportunity that could evaporate more quickly than anticipated. Others think, “What’s the rush? Why not sit things out in the hopes that rates fall further?”

“While rates are very low today, it’s quite possible they could be even lower by springtime,” says Kiefer. “But if you’ve found a home that fits your needs at a price you can afford, it might be better to act now rather than wait for future rate declines that may never come and a future that likely holds very tight inventory.”

DiBugnara subscribes to that theory. “Taking action now could make the investment in your home worth significantly more down the road because of the amount of interest you can save,” he says.

Indeed, a carpe diem conviction could reap dividends for potential purchasers who have the financial readiness and job security to make a move now.

“Prospective buyers would be wise to remember the saying, ‘Pigs get fat, hogs get slaughtered.’ That is, they should be satisfied enough with the low rates prevailing today and not get too greedy and try to time the bottom of the mortgage rate market,” says Johnson.

For current homeowners who haven’t refinanced in a while, the choice maybe even clearer.

“You could be missing out on meaningful monthly savings. Plus, you may be able to roll most or all of your closing costs into the loan, limiting any cash outlay,” McBride says.